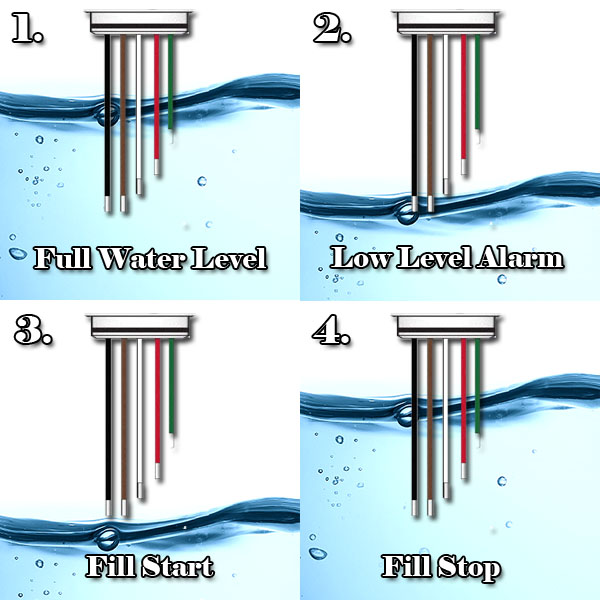 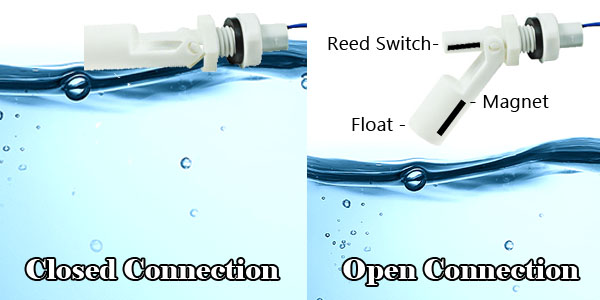 Older Float Switches work by opening and closing circuits (dry contacts) as water levels rise and fall. Typical float switches are normally resting in the closed position, meaning the circuit is incomplete and no electricity is passing through the wires yet.

Once the water level drops below a predetermined point, the circuit completes itself and sends electricity through the completed circuit to trigger an alarm.

The magnetic reeds are sealed in a stainless steel or plastic stem. The magnetized reed switches move and down as the water level increases and decreases and are set to come together and break apart at different heights that you specify during installation.

The problem with the way these old float switches work is that they can deteriorate due to poor water quality and electricity passing through them. That’s why Water Level Controls created their own float switch replacement that uses sensing probes to gauge water levels instead of floats.

“The sensor probes actually act as their own sensors and do not pass electricity through the probes which keeps them from fouling, degrading and deteriorating. Also, all of the electronics are built into the head so you can connect directly to your control panel. Once the water level is detected by one of the sensors, this causes one of six alarms to be triggered (High Alarm, Low Alarm, Fill Start, Fill Stop, etc). Depending on the type of float switch you have, there can be single point alarm or a multi point alarm that is triggered.” How Do Float Switches Work 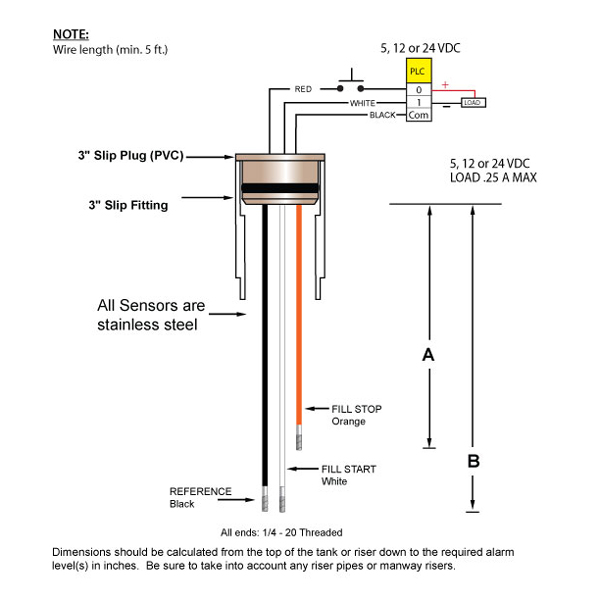 Single point float switches work with 3 sensor rods (Reference, Start & Stop) that work in conjunction to turn on and off your water pump automatically. This helps keep water levels at a consistent level.

In Multi-point float switches, there are 4-6 sensor rods (High alarm, fill 1 stop, fill 1 start, fill 1/fill 2 stop, fill 2 start, low alarm, reference). These rods can programmed to do multiple tasks such as stop water levels once they reach a predetermined point and start filling water once its drops below a certain level.